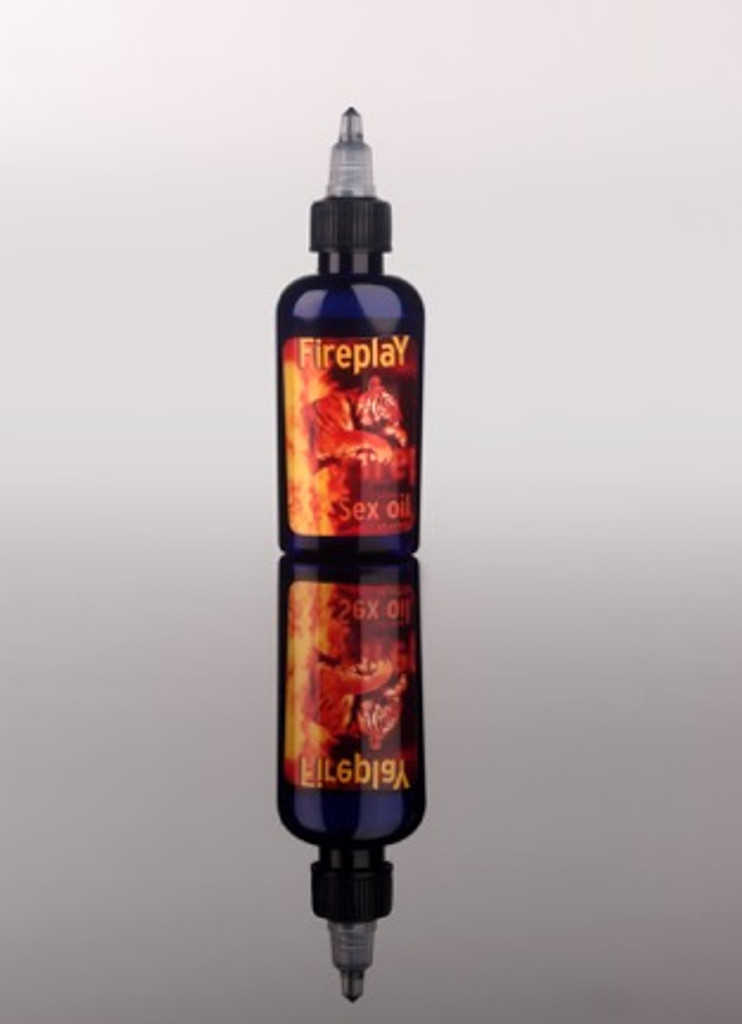 Call it "the instant turn-on".  This intensly satisfying sex oil safely stimulates the clitoris and vagina

to enhance arousal like nothing else under the sun.  Hypoalllergenic and non-comedogenic.

It's a bioactively-engineered product called "the woman's Viagra"...or... the "instant-turn-on" product.  Women who know and use this product feel like they’ve  discovered a “magic potion”…….

You've heard stories of the aphrodisiac called "Spanish Fly".  Early descriptions date back to antiquity.  It’s mentioned by Hippocrates, Celsus and Pliny.  The Roman empress, Libia (58 B.C. through 29 A.D.) slipped it into the food of  members of the Imperial family... to stimulate them into committing sexual indiscretions... which could later be used against them.

Even today, the legend of Spanish Fly as a powerful aphrodisiac persists. Is Spanish Fly myth?... Well, thanks to the efforts of our friend, it doesn't matter ... because... her new product,  FirePlay.…… REALLY WORKS!

She spent years of research getting the product formula exactly right.  And, even though she’s one of the world's leading experts in female biology, she had the help of a world-famous chemist in Ft. Lauderdale, Florida,  the world’s leading expert on SPF (Suntan Protection Factor).

How this product works….

These key ingredients are responsible for enhancing female arousal.   Specifically, L-Arginine causes the production of Nitric Oxide which increases blood flow to the area, while the Capsicum, Citrus and Peppermint oils intensify the sensitivity with delightful glowing pleasure bursting sensations from the inside out!  The Emu oil enables the active ingredients to penetrate 7 cell layers deep, which is much deeper than ANY other sexual enhancer. FirePlay is the ONLY product on the market that contains all of these key ingredients responsible for female sexual arousal.  And, although it is a pharmaceutical grade product, it does NOT require a prescription.

The 1982 Nobel Prize for Medicine and Physiology was awarded for the discovery of the Nitric Oxide pathway, the basis for clitoral erection.

If you've ever been in the sun too long (without sun screen) you probably got  burned. The reason you got sunburned was because of  UVA rays causing an "Arachadonic acid cascade". (Basically this is a chemical chain reaction that causes sunburn.)

We’ve  created  a product that makes a woman hypersensitive to pleasure, producing something SIMILAR to an "Arachadonic acid cascade" effect in the genital area, causing  a pleasant, very exciting,  warming sensation (from the inside out…)       FirePlay really works!

“FirePlay has turned something that had become boreing…unexciting….and run-of-the-mill into an experience so indescrible……….I STILL can’t believe it…….” Nikki, Los Angeles

“could never believe sex could feel this intense, hot, satisfying…..it’s like a dream come true”

And, what some men have said:

“I love to see my girlfriend in ecstasy! I love to see her out of control and going beyond her normal sexual limits. She and I both have decided we are going to keep using 'Fire Play' for as long as we are alive. And believe me, this product makes both of us really come alive!"  George, Ft Lauderdale

"I love the way it's now her who's the one always hounding me for sex! Not only is our sex life 100  times better, the way she acts when we use this product makes me feel like I am 7' tall."   Howard, Los Angeles

"Ohhh My God! This stuff works like crazy! You wouldn't know my woman and I have been together for all these years. We are now like sex-starved teenagers all over again!" Mitch, Boise

Be the first to review this product.